Clinicaurbana is an architecture office. It designs and supervises the construction of interiors, new buildings and interventions in existing structures, regardless of a project’s nature, size and context. The practice was founded in 2005 by Matteo Sartori and Valentino Nicola, and is based in Treviso.

Matteo Sartori (Treviso, 1972), architect, graduated at IUAV University of Venice in 2005 with professor Carlo Magnani. On that occasion he met Valentino Nicola, Claudia Battistella and other colleagues with whom he started to collaborate on national and international design competitions. These collaborations evolved into Clinicaurbana, of which he is the managing director.

Valentino Nicola (Treviso, 1980), architect and photographer, obtained his architecture degree at IUAV University of Venice in 2005 with professor Pierantonio Val. He collaborated with BBF of Luciano Bertoncini; he’s designed and crafted design objects and prototypes. He joined Clinicaurbana in 2005. He practices landscape and architecture photography, having attended master classes with mentors such as Francesco Jodice and Marco Zanta.

Riccardo Miotto (Treviso, 1982) studied architecture at IUAV University of Venice. His recent projects include: animations for the video Smallness. A Triptych, part of Maria Giuseppina Grasso Cannizzo’s installation at the 15th International Architecture Exhibition in Venice; series Drawings Venice published in: Sara Marini, Alberto Bertagna Venice. 2nd Document, Bruno, Venezia 2017; illustrations for the book Italiana. Italy Through the Lens of Fashion 1971 — 2001 edited by Stefano Tonchi, Gabriele Monti, Maria Luisa Frisa, Marsilio 2018; solo exhibition Out of Frame curated by Simone Gobbo at Spazio Solido in 2018. He has collaborated with Clinicaurbana since 2018.

Elena Salvador (Conegliano, 1993), architect, graduated from IUAV University of Venice in 2018 with professor Benno Albrecht. Her final project Syria after the conflict. Reconstructing village by village was displayed at the Milan Triennale within the exhibition Reconstructions curated by Alberto Ferlenga and Nina Bassoli. During her studies she attended classes held by international authors and contributed to the publication Syria. The making of the future. After some professional experiences, in 2018 she began her collaboration with Clinicaurbana. 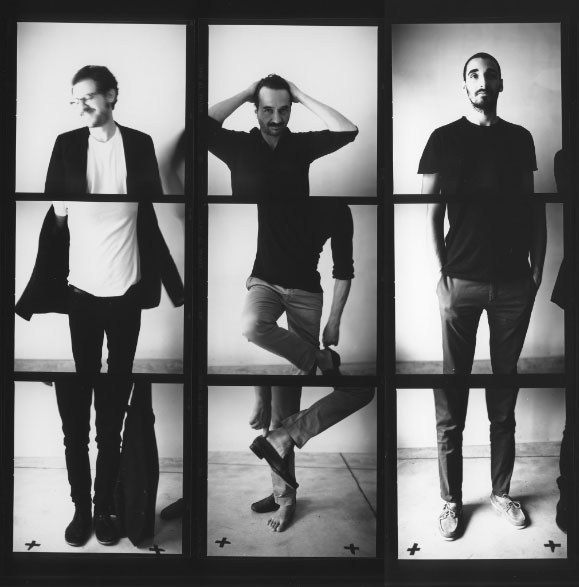